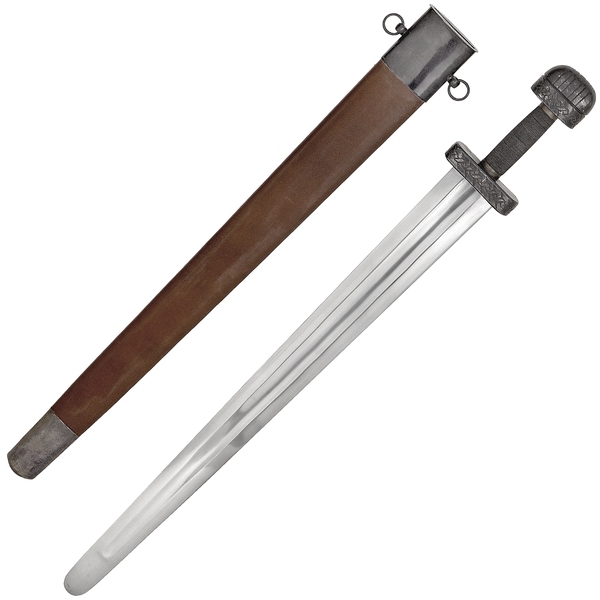 The basket hilted broadsword in its various forms was a well enough known weapon throughout Europe from the 1500s onwards. It was a logical development in the direction of hand protection and the chief advantage of this was that it became less necessary to wear gauntlets when using the sword. In Scotland from the mid-17th century the basket hilt became a popular re-placement for the large two-handed claymore. Most Scottish basket hilts have well-formed steel guards often pierced with decorative shapes, the blades are usually very well tempered imported German types and the wooden grip is often to be found covered in shark skin on swords of quality. The basket hilted broadsword continued to develop in Scotland and is still in use today as the dress sword of the Scottish military regiments. 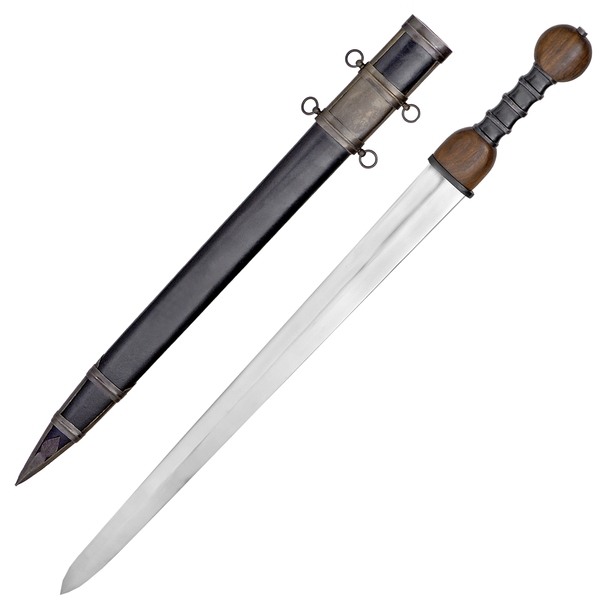 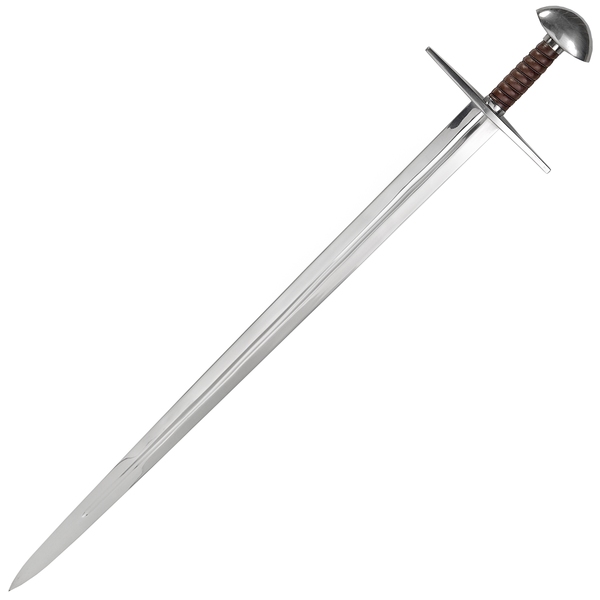 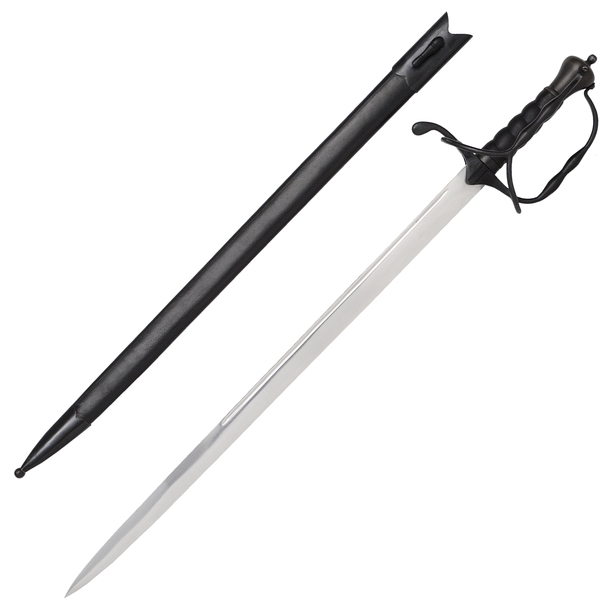