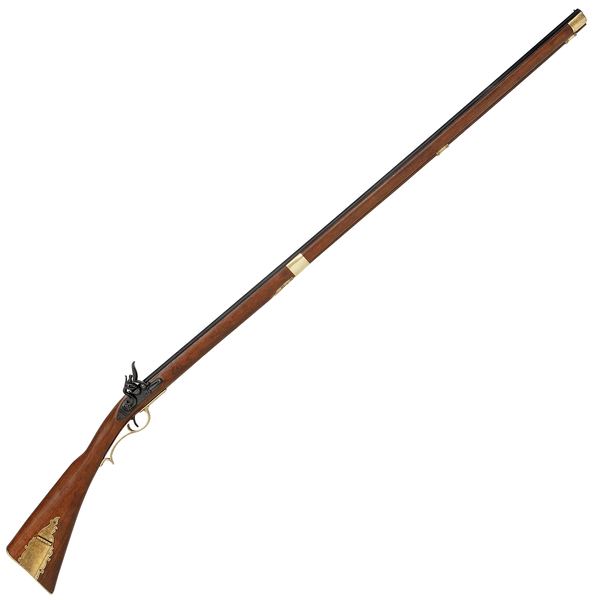 This is an amazing replica of the famous Davy Crocket 'Beautiful Betsy' Kentucky rifle, elegant lines are featured in this weapon replica and it has been made from metal and wood. Originally the Kentucky rifle was developed in Pennsylvania in the early 1700s and was widely used during the War of Independence (1775-1783), as settlers were familiar with them when used for hunting. These rifles accompanied the first American explorers in the western conquest and are often associated with Daniel Boone and Davy Crockett. When the American Civil War broke out (1861-1865), the Confederates used these rifles, due to the shortage of weapons. The flintlock rifles had a flint or flint stone, which when triggered the hammer produced the spark that ignited the gunpowder. These types of weapons required the manual reload of their ammunition for every shot. 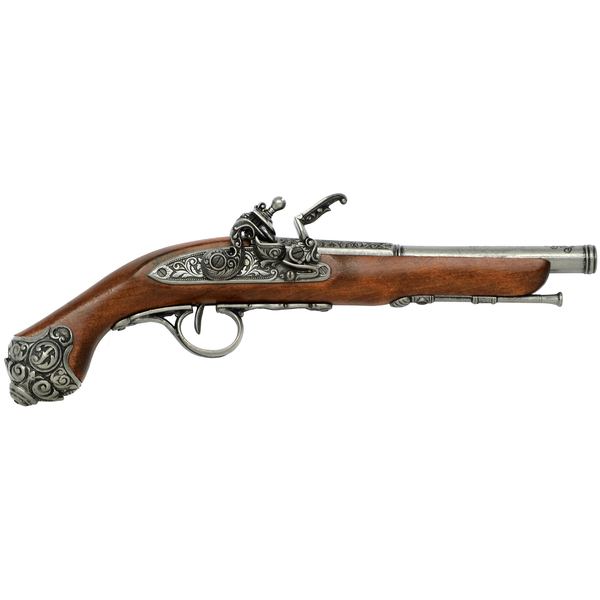 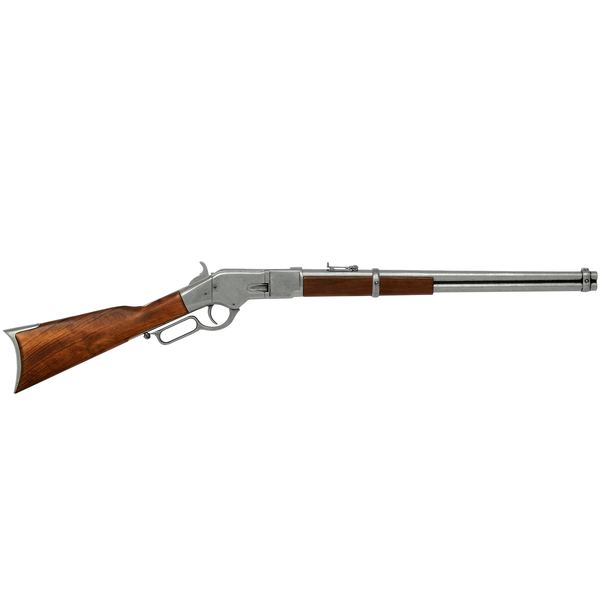 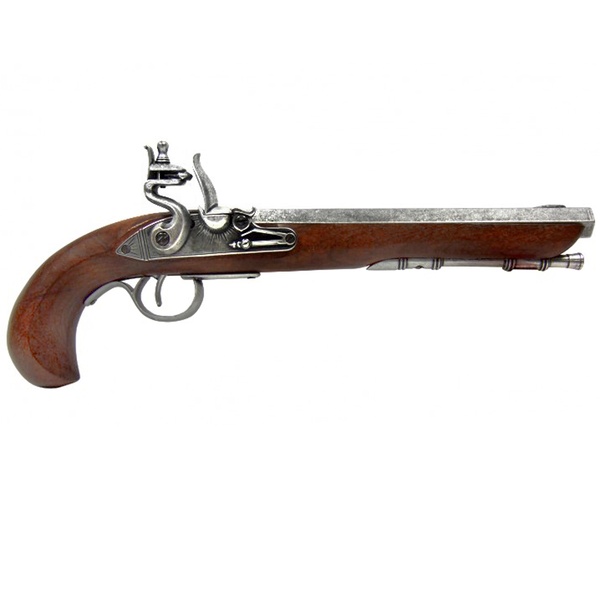 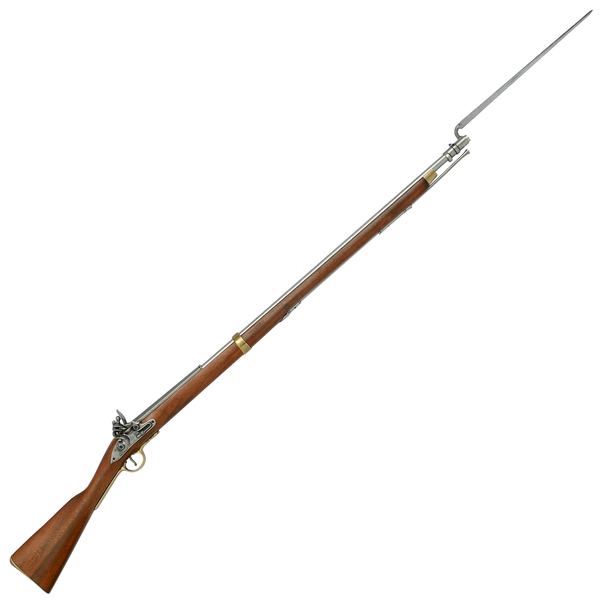