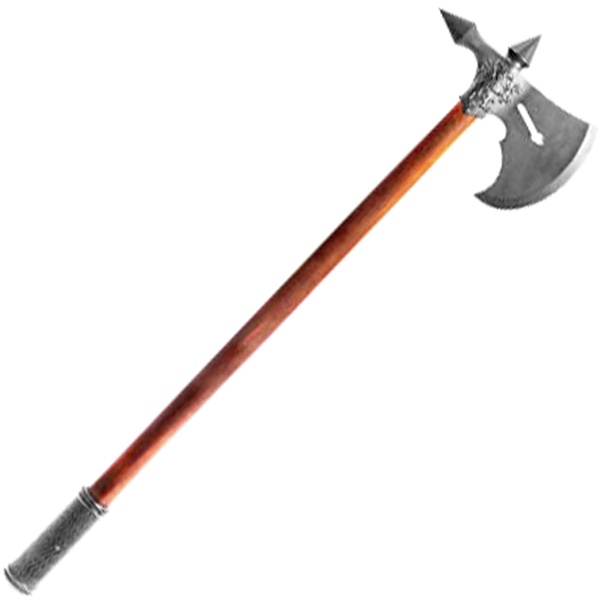 This is a replica of a Battle Axe from France in the 16th Century. This particular replica is made from wood and metal and was used by the French Infantry. It was a short weapon which used to have a wooden handle, its head was formed by a vertical blade and an axe blade which was lighter than normal. The battle axes of the 16th century, like this one, were the military version of the traditional axes used by lumberjacks but in a lighter version to wield them with greater ease and with a sharper blade for greater effectiveness. It was one of the most powerful and effective cutting weapons of that period often used for nailing it on the shield, thus generating an additional weight to the enemy combatants, who were forced to release it, and so being exposed. 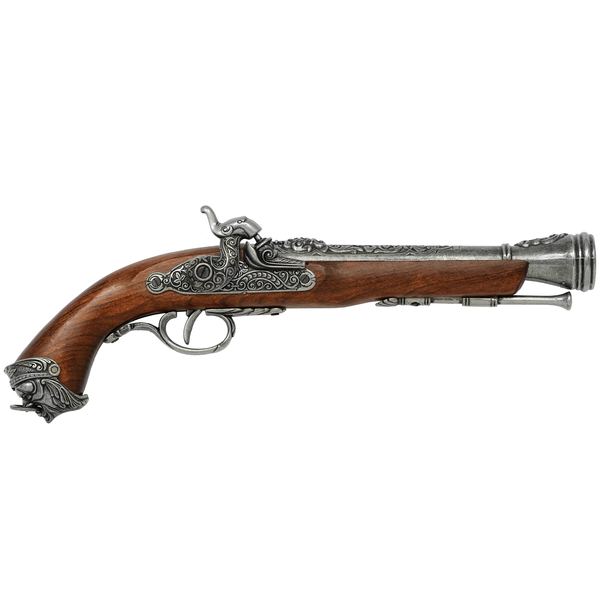 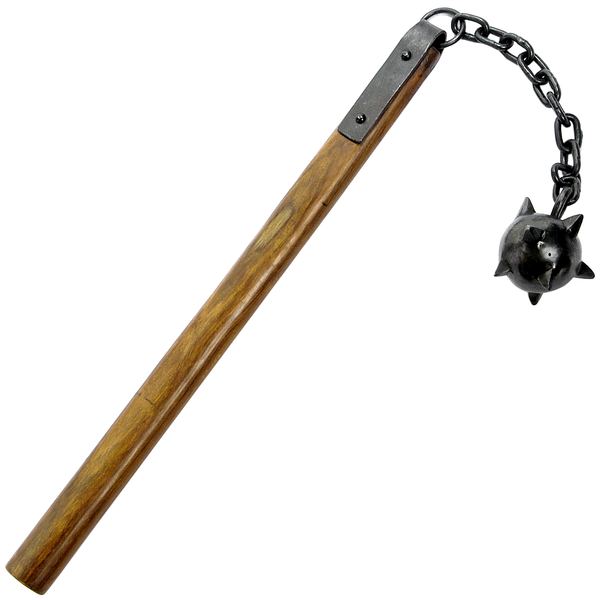 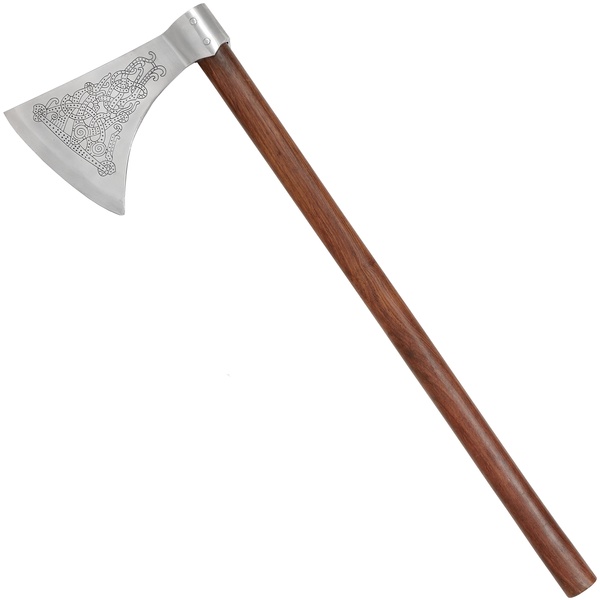 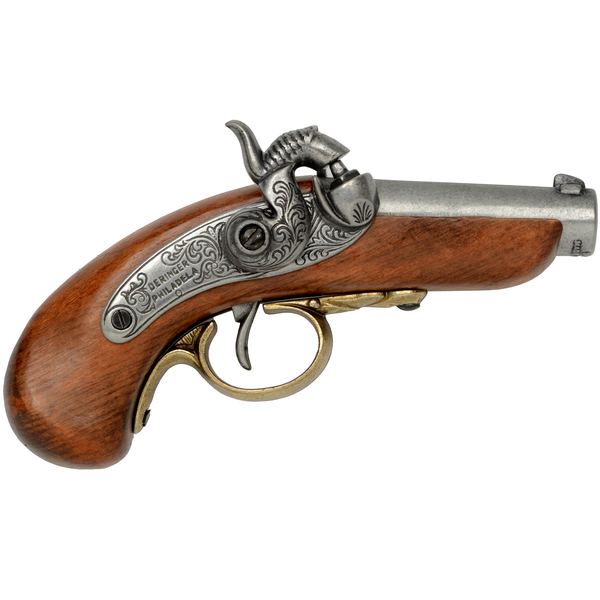